Alugbati has a lot of benefits. It is an edible perennial vine that grows in the tropics. It is considered as a vegetable in a form of edible leaf shots. The scientific name of alugbati is Basella alba. It belongs to the family Basellaceae. it grows in tropical climate and found in Asia and African continents which has favorable conditions for the propagation of alugbati. The plant do not grow well in frost, and can be found on rainy and temperate climates, which suggest it is native in the Southeast Asia region, the islands of New Guinea, and India. It also found success growing in tropical Africa, in South America like Brazil, Belize, Colombia, the West Indies, Oceania island countries, and China. Alugbati is known in English speaking countries as Malabar Spinach, climbing spinach, red vine spinach, vine spinach, buffalo spinach and Ceylon spinach. We will walk through the production guide of alugbati and its propagation int the Philippines. 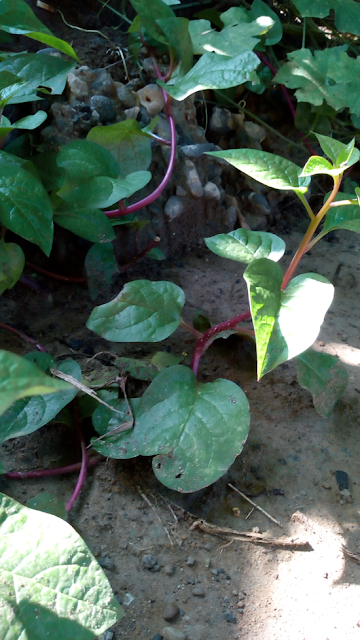 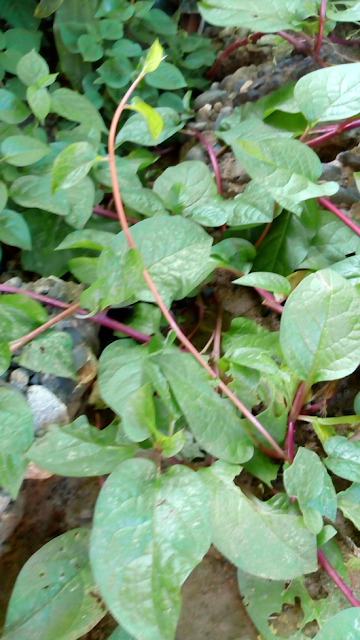 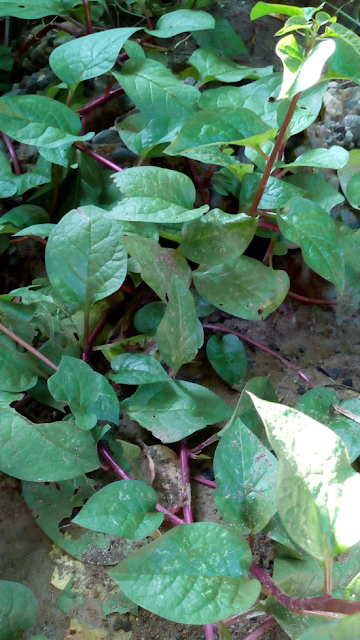 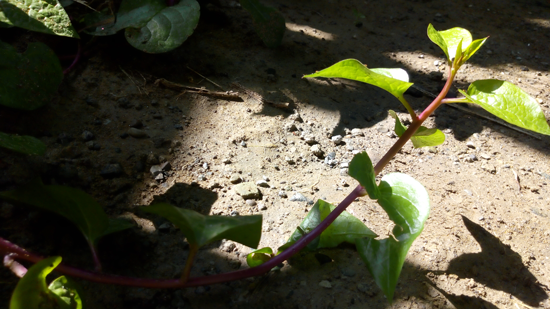 Alugbati seeds are available during the months of November, December, January, February, March, April and May. The seeds resemble small berries in various forms and sizes. The color of the fruits are red, violet, or maroon. The Fruits cling to the peduncles of the leaves and stem. Each fruit stem accommodates 10 to 22 alugbati fruits. Alugbati fruits are not eaten. The alugbati fruits gains attention due to its color pigment of red. There are studies to its application as toner ink. The alugbati seeds are used for propagation of the plant. The seeds are white in color and are the size of small peas.

Alugbati or malabar spinach is a nutirtious plant. It is considered as a vegetable and eaten for its benifits to health. It is known to have good amounts of iron, calcium, Vitamin A, and Ascorbic acid. It has high in protein per calorie. Alugbati is low in calories by volume.  The succulent mucilage  of alugbati may be used as a thickener in stews, vegetable soups and Asian stir-fries with sauteed garlic.
The leaves of alugbati vegetable is one of the main ingredients of utan and is eaten with rice. It is usually sauteed with garlic and onion and mixed with sardines for a hearty meal. This is commonly served dish when aluigbati is available in the backyard or in the market in the Philippines.
The plant is commonly grown as a backyard vine since it requires little space. It is a favorite among the aged folks as they believe that the plant offers many health benefits. Other health benefits include:

1. An iron rich vegetable that is eaten to prevent iron deficiency and anemia.
2. Vitamin A rich food due to it’s leafy green shots that can be serve for good eye sight.
3. Rich in phytochemicals like saponins which is actively studied for cancer fighting potential.
4. Can be used as rubefacient or a herbal medicine to reduce redness of the skin.
5. Has anti-inflamatory properties when roots are used.
6. Alugbati sap has a moisturizing property and is soothing to the skin.
7. Diuretic property that promotes urination.
8. Pounded leaves may be used to treat boils, ulcers and abscesses.
9. Rich in dietary fiber for a healthy digestive system.

Alugbati is a maintenance free plant. The plant has few pests and disease and grows naturally even without the use of inorganic fertilizers. The plant loves organic matter rich soil, which is freely available in the backyard. The weeds can be used as mulching and organic fertilizer for the plant. A healthy alugbati plant is vibrant in green color and has deep red pattern on the stems. The root system is also noticeably appearing on the top of the soil which is also red in color. The plant is excellent source of leaves since it can grow leaves fast.

An interested individual can propagate the alugbati plant by various means. It can be planted by stems,  or by seeds. you may buy the planting material from the local market supplier. The leaves can be sold but asking the seller for seeds and stems can be arranged. Price may vary per seller. If you are lucky, you might get a wild alugbati thriving. Alugbati grows well without any human propagation which makes it appear as a weed to others not aware of its health benefits. You can then obtain the planting material and prepare your own alugbati garden.