Mani or peanut is a legume that can be grown in the tropical climate of South East Asia, particularly Philippines. Philippines produce it’s own peanuts due to successful cultivation and farming for peanuts. 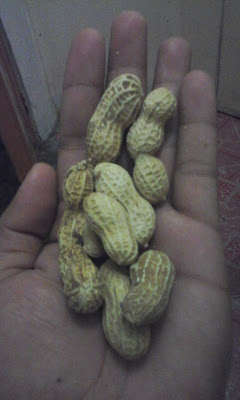 There are ways of cooking peanut for snack. It can be used as the crushed nut in ice cream, as a nut additive for pastillas, for cakes, or can be roasted. It can be roasted and grounded into peanut butter and sold as a business. Roasted or fried peanuts with salt are common street-foods. You can buy peanuts at street side, or from peanut vendors that sells inside the bus.

Nilagang mani is a simple recipe for enjoying mani. We will go through the process of cooking mani by boiling.

Raw peanuts can be bought at market if you do not have a peanut farm. Farmers sell their harvest at public market in various metric, but the most common by using an empty 432g can for measurement. 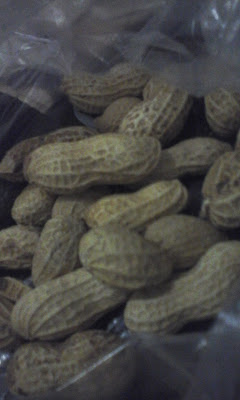 Nilagang mani or boiled peanut is a simple cooking technique for preparing mani for consumption. Follow this simple steps, and you should have nilagang mani in few minutes.

1. Prepare the ingredients: Mani, 1/2 tablespoon salt, and water.
2. With a pot, fill it with 2 cups of water. Add salt (optional) for added salty taste.
3. Boil for 20-30 minutes until the peanuts are soft.