New Motorola E4 Plus 32GB Available now in the Philippines 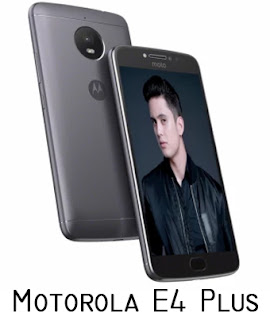 We go into the review of the device.

Update: You can now buy Motorola Moto E4 Plus at Lazada

Motorola is a US Brand

Motorola was an American multinational telecommunications company. The device is a new release, from a US reputable smartphone company -Motorola which have android smartphone dominance in the US market. It’s product release date was on June 2017 in the US.

Motorola E4 Plus 32Gb has internal memory of 36 Gb and a RAM of 3 Gb. Lazada offering is 32Gb internal memory as compared to other models with 16 Gb variants (not yet available). This provides users with big RAM and internal space. 3Gb phone memory are becoming a high-end smart phone feature and selecting phones with this big memory will provide users more working memory for there device, which prevents device slow down if there are a lot of programs/apps open at the same time.

Due to its recent launch, the users can enjoy the Android Nougat OS or Android 7.1. These phone come with these OS out-of-the box and users will not be asked to do OTA updates or OS upgrade. Some older or not recently released snartphones require update to Nougat. For users that really want update Android, you can opt to upgrade your phone and order online. New OS provides better security and more features for your phone.

Motorola made the smartphone powerpacked with features that are essential to a smartphone user. It has a non-removable Li-ion 5000mAh battery which has longer up-time that allows users to use the phone without recharging for 8 to 12 hours of use.

In terms of performance, the phone sports MT6737 Quad-core. Clocked at 1.3 GHz, the remarkable processor has ARM Mali T720 MP1 650 MHz core which are new line processors for medium range phones. It has Adreno 308 GPU.

It has a dual nano-sim slot for your sim cards. The 4G LTE will take care of the fast internet data communication available at 4G areas and other types of signals like 3G. It has Wi-Fi 802.11 a/b/g/n connectivity option in case you want to connect to WIFI. The hotspot option allows it to share internet to other WIFI devices. Bluetooth 4.1 (A2DP, LE) can be used to transfer files and music to other bluetooth devices.

The camera offers descent specs:  rear 13 MP ƒ / 2.0 aperture and front 5 MP ƒ / 2.2. The said specs are common in the medium to high end smartphone range and is ideal for selfies and moment capturing needs.

The top online shopping site, Lazada.com.ph announced the new Motorola E4 Plus 32 Gb to be available for sale at a price of Php 8,990.00 only starting this July 7, 2017. The new Motorola E4 Plus 32 Gb is available in Lazada and will not launch in other stores until next week. Check now by clicking here. This price is low compared to other branded phones with the same specs. Plus this is a Motorola brand which is not widely sold here but one of the mostly used abroad due to it’s quality.

The package or box do not contain micro SD card. You can buy the best microSD cards in the market. You can also select the card found at Lazada which is a Class 10 SDHC 16Gb memory card at only ₱ 427.70.