Powerbank are power storage device that is used as a portable charger when we are outside our homes, office or areas without power outlet. Powerbanks are certainly new consumer device due to dominance of smartphones among cellphone users. Before, people will not bother about their basic phone if ever they go away from home or office. That is because the common phones of the past have low energy requirement. They have simpler function – to send or receive sms or make calls. But now, due to faster processors and energy demanding displays, battery drain became an instant problem. That is where powerbanks kick in and retailers started selling powerbanks. 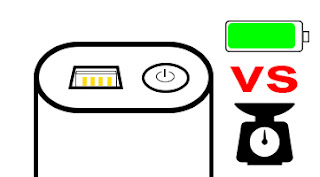 Powerbank has capacity designation in terms of mAh. Milliampere hour is unit of electric charge. The higher the mAh rating the more times the powerbank can charge your device. It consists of a 5 Volts direct current (DC) output via USB port. The input is also 5 Volts and is connected via microUSB cable port. Typical powerbank include the indicator light to show the status of the charge – if the powerbank is already lowbat or still full.

Certainly, powerbanks are needed by people using phones that have low battery rating. The phone they use usually fall under 2500 mAh and complaints easy discharge. A handy powerbank can charge your phone when needed.

If you don’t mind carrying the extra weight of the powerbank, you can buy one at budget price from various brands and also high priced ones that offers longer charge-discharge lifetime. Higher capacity powerbanks often weigh more since they consists of bigger batteries. Typical 10000mAh powerbank weigh more than 200 grams.

It is a choice if you want a powerbank, but there are great phones with high battery life out there already. If you already have one, great! Some of these smartphones have more than 4000 mAh and can go turned on for 8  hours or more depending on usage. One of those phones are reviewed here. Asus have their flagship model showcasing monstrous battery life. We can only hope that either powerbanks sold have lighter and slimmer models in the next few years or that more phone brands improve the battery power capacity of their units. Powerbanks right now are a bit heavy for everyday use for a typical commuting individual and it defeats the purpose of convenience.

Why Lazada and other E-commerce are Growing in the Philippines

Top Reasons to Give Company Calendar