Given the mobile game’s entertainment merit and excellent graphic visuals, it seems safe to say that mobile gaming will be the top gaming category in terms of number of players. It is accessible, low cost, and innovative, showing its appeal to many potential players and newbies. We turn our focus on Mobile Legends Bang Bang on this review.

The Game is available for download for your mobile device. As of now, the popularity of the game can be shown on the download stats found on Apple App Store and Google Play Store. In Google Play Store, it shows download count is in range of  10,000,000 – 50,000,000. Official Google Playstore to download the game is on this link.

The list of Mobile Legend heroes are listed below. As of this writing and our last play, it is 33 heroes in all. Before it was around 30 but latest updates brought more character heroes into the game.

Wikipage of Mobile Legends can be found here. It shows a very brief paragraph about the game. 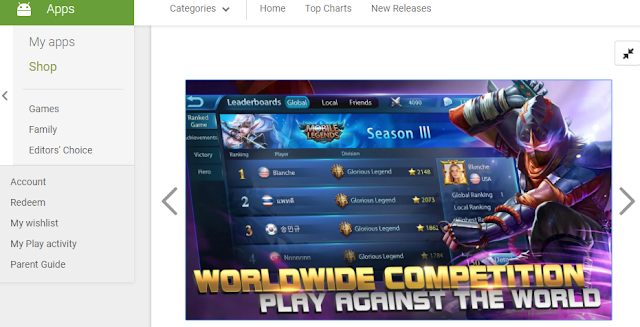 Mobile Legends: Bang bang is a multiplayer online battle arena game developed and maintained by Moonton. This mobile game was released on Nov. 9, 2015  for iOS devices. It came to Google Play on July 14th, 2016 for Android users.

There are five people in a team where you get matched into and you need to have teamwork to destroy the enemy base. 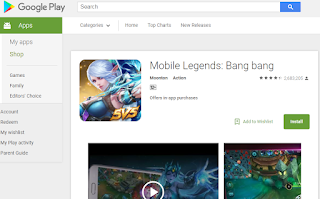 In a map, there are 3 lanes and each lane has a certain number of turrets. The goal is to take your minions through the lanes. The destruction of each turret is the goal so that the player gets further towards the enemy base. The turrets can be attached when the player’s minions are within their range, else you’ll be attacked that could lead to heavy damage.

With this game, there are 33 heroes that you can currently select which are categorized into 6 different roles: fighter, marksman, support, tank, mage, and assassin. Almost all of the heroes can be availed either by using in-game credits or with real currency.

Show below is the list of the Mobile Legend Heroes. Feel free to try all of the heroes. Each one has their abilities as shown on the table.

The games offers wide range of heroes. The gameplay is easy to be learned and a newbie immersing to this game should quickly grasp and enjoy the game. Being not the first MOBA, 5X5 combat provides opportunity for learning from the techniques of teammates as well as the show of teamwork to win the game.